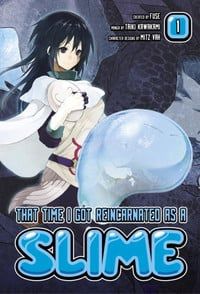 That Time I Got Reincarnated as a Slime
Taiki Kawakami
Magazine: Shonen Sirius (Kodansha)
Summary: Mikami’s middle age hasn’t gone as he planned: He never found a girlfriend, he got stuck in a dead-end job, and he was abruptly stabbed to death in the street at 37. So when he wakes up in a new world straight out of a fantasy RPG, he’s disappointed but not exactly surprised to find that he’s not a knight or a wizard but a he’s become a blind, boneless slime monster. But there are chances for even a slime to become a hero… (Via Yen Press)

Other nominees for Best Shōnen Manga included A Couple of Cuckoos, Shangri-La Frontier, and Frieren: Beyond Journey’s End. 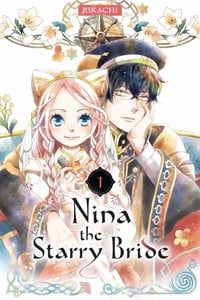 Nina the Starry Bride
Rikachi
Magazine: Be Love (Kodansha)
Summary: Nina had a rough start to life, stealing to survive—and eventually being sold into slavery by her own brother. But to her surprise, her captor, Prince Azure, ordained that she would live the life of a princess…specifically, that of the recently deceased princess-priestess, Alisha. But despite her changing fortune, Nina won’t give up her old life without a fight…and Azure might just be the one to finally match her wits. But how much can she trust Azure? And can she stop the feelings budding in her heart, knowing she must eventually marry another…? (Via Kodansha Comics)

Other nominees for Best Shōjo Manga included In the Clear Moonlit Dusk, A Sign of Affection, and My Happy Marriage. 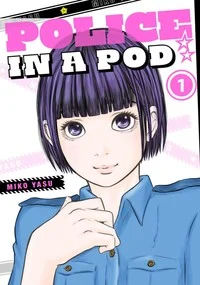 Police in a Pod
Miko Yasu
Magazine: Morning (Kodansha)
Summary: Female police officer Kawai had enough of a career she wasn’t even that into and was about to hand in her registration, when the unthinkable happened—she met the new, female director of her station! And after spending a little time with this gorgeous role model, Kawai realizes that maybe she isn’t quite done being an officer after all. (Via Kodansha Comics)

In past years, Kodansha gave out a “Best Children’s Manga” award as well, but starting in 2015 Kodansha has integrated the nominees for that category into the Best Shōnen Manga and Best Shōjo Manga categories instead.