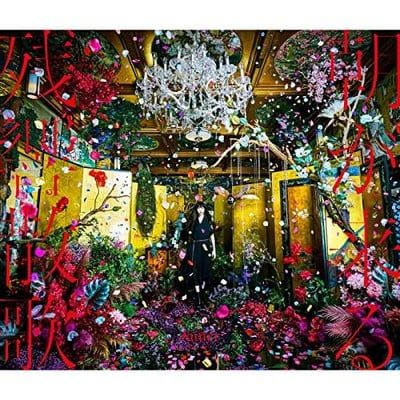 Aimer‘s new tune “Zankyō Sanka” (Song of Reverberation), the opening theme tune for the Demon Slayer: Kimetsu no Yaiba Entertainment District Arc (Kimetsu no Yaiba: Yūkaku-hen) television anime, ranked #1 on the Billboard Japan Hot 100 chart for the seventh consecutive week (February 21-27). It was moreover the tune’s ninth week at #1 on the chart basic.

The solely completely different tune to rank #1 for seven straight weeks on Oricon’s chart was Gen Hoshino‘s 2016 tune “Koi.” Like “Zankyō Sanka,” “Koi” moreover debuted in December and achieved its feat inside the following 12 months. “Koi” lastly ranked #1 on the chart an entire of 11 cases, compared with 9 cases to this point for “Zankyō Sanka.”

Billboard Japan moreover tales that the tune has been streamed over 100 million cases after 12 weeks. It is the fifth quickest tune to carry out this feat. (BTS did it in six weeks with “Butter,” whereas LiSA did it in seven weeks collectively along with her Demon Slayer – Kimetsu no Yaiba – The Movie: Mugen Train theme tune “Homura.”)

Billboard Japan simply recently revised its degree system for the Japan Hot 100 chart in June closing 12 months to stress songs and singles which have stayed on charts longer than singles which have “explosive” product sales over a single week.

“Zankyō Sanka” ranked #1 on Oricon’s weekly streaming score for the seventh time since its digital launch on December 6 closing 12 months, marking the fourth time the tune has spent on the very best of the chart. Aimer will also be the eighth artist or group to doc higher than 10 million streams in a single week since Oricon began posting its charts in 2018.

The tune shipped bodily on a CD single on January 12, with Aimer‘s image tune “Asa ga Kuru” (Daybreak) for the same anime as a result of the B-side tune. The Demon Slayer: Kimetsu no Yaiba Entertainment District Arc anime ended on February 13.