Developer Alice in Dissonance and publisher Phoenixx announced on Saturday that they will release the fault – StP – LIGHTKRAVTE prequel game in the fault series on PC via Steam on May 27. The release will support text in English, Japanese, and Simplified Chinese. 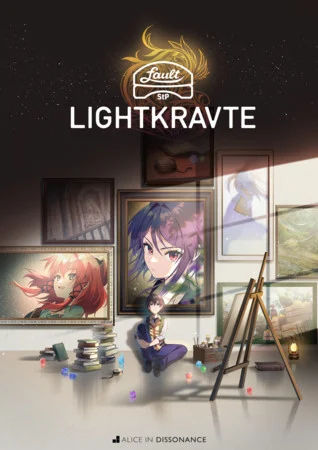 Alice in Dissonance describes the game:

In the Kingdom of Rughzenhaide, where the development and proliferation of a technology known as manakravte have greatly enriched the lives of its people, an ordinary and entirely unremarkable boy named Khaji leads an entirely unremarkable life as the son of a fruit farmer. Khaji’s dream is to become a painter, and he works diligently to improve his skills. Day after day, he practices, and day after day, he is forced to confront the superior talent and creativity of his peers. His confidence grows increasingly battered, but his days remain unchanged, ordinary and peaceful as ever…

Until a shocking revelation shatters everything he thought he knew about himself and the world around him.

The game is considered “episode one” of the previously announced fault SILENCE THE PEDANT prequel work.

Alice in Dissonance also stated it plans to release fault – milestone two side: below this year. The company has delayed the game multiple times, and had stated in June 2021 that the game would come out in fall 2021 before this most recent delay.

The franchise has sold 500,000 copies worldwide.

Yurukill: The Calumniation Games Debuts in Japan on April 14