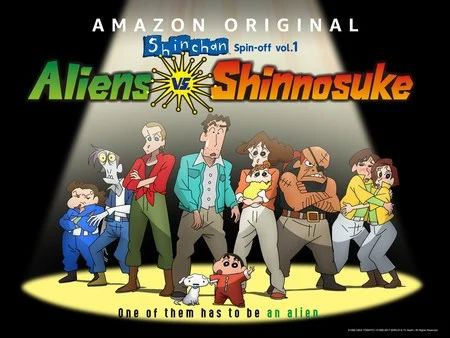 Amazon Prime added all four seasons of the Shin-chan Spin-off (Crayon Shin-chan Gaiden) anime series. The following series are available on the service with an English dub:

Unlike the main television anime series which is mostly set in modern-day Japan, the spin-off is a “sealed room” suspense comedy set 100 years in the future. The story begins when Shinnosuke and the entire Nohara family wake up from cold sleep to find themselves aboard a space ship drifting in space. The anime depicts the various events that take place inside the ship. 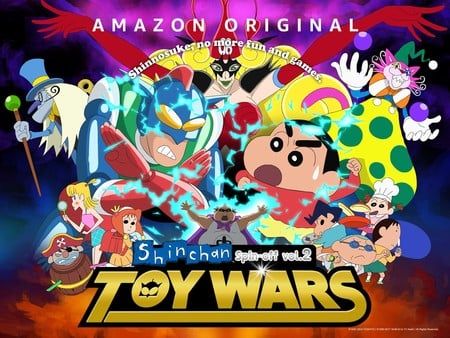 The anime’s plot is taken from the 41st volume of the original manga’s “Figure Wars” story. The story begins when toys of Oban, a character from a tokusatsu (special effects) television show, becomes popular, but also loses popualrity quickly. Many unsold Oban toys are thrown away. A bolt of lightning strikes one of these toys one day, and gives it life. Alongside other toys thrown away by people, Oban swears revenge on humans, and attacks. At the same time, Oban’s sworn enemy Chūkōnen Kamen is also given life. Chūkōnen Kamen, normally a middle-aged, overweight, and depressed man, powers up by eating cup noodles. Alongside Shinnosuke, he fights to reclaim peace for the world. 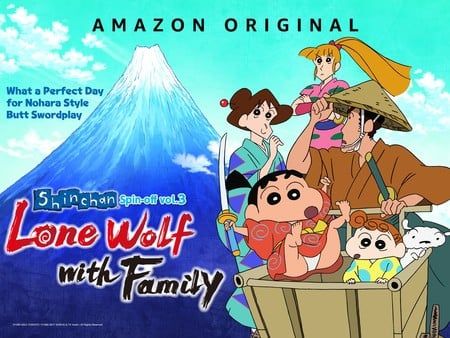 Master butt-swordsman Hiroshinosuke Nohara (Lone Wolf) travels with his family seeking employment. The family encounters a mysterious girl Hazumi and a wild dog Shiro, and decides to travel together. The group is attacked by various assassins, eventually their lives are threatened by the butt-swordsmen’s enemy, the armpit-swordsmen of the Demon Bull Clan. Who will win: butts or armpits? Against an array of idiosyncratic enemies, Hiroshinosuke Nohara and his son Shinnosuke have the chance to display their swashbuckling skills.

The anime adapts the “Lone Wolf and Family” story from the Crayon Shin-chan manga, which itself is based on Kazuo Koike‘s Lone Wolf and Cub manga.

Michio Mihara, an episode director on the Shin-chan anime, and a storyboarder and unit director in 2016’s Crayon Shin-chan Bakusui! Yumemi World Dai Totsugeki franchise film, directed this anime season. Kimiko Ueno returned from the second spinoff series, and is credited as showrunner and screenwriter. 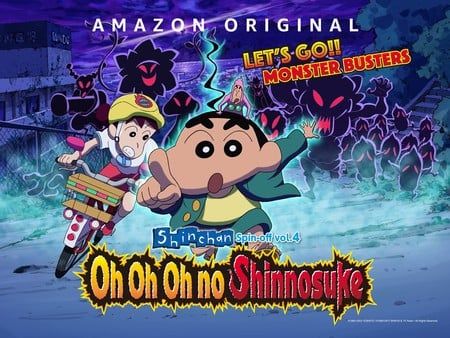 A small country town. Recently, the town has witnessed many strange incidents. A yokai kindergartener O-O- O-No Shinnosuke and his yokai father Tamatama Dad arrive in town. They are said to be looking for the yokai Big Butt Mom who has run away from home. When an elementary school girl Fumie Sakura is suddenly attacked by the mysterious Fuzzy Wuzzy, a superfluous-hair yokai, Shinnosuke goes to her aid. Their encounter is the start of the greatest yokai case in the small town’s history.