Animax Asia announced on Saturday that it will begin airing the television anime adaptation of Shinji Cobkubo‘s Sabikui Bisco light novel series on May 17. The anime will air double episodes every Monday and Tuesday at 10:00 p.m. GMT +8. Animax Asia is streaming a trailer for the anime. 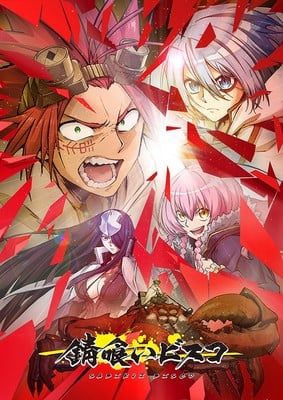 The anime premiered on January 10. Muse Asia streamed the anime in Southeast Asia as it aired in Japan.

The story is set in Japan after a “Rusting Wind” has coroded everything. People live in fear of the rust that corrodes cities and life in general. A boy named Bisco Akaboshi from the despised Mushroom Guardian tribe embarks on a journey to obtain the “Rust-Eating” mushroom — a miracle drug that purifies all rust — to save his dying teacher.

During his journey, Bisco encounters Miro Nekoyanagi, a good-looking young doctor at Imihama, and together they search for a countermeasure against the rust consuming Miro’s beloved big sister.