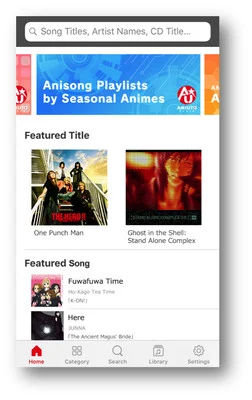 The official Japanese website of the ANiUTa anime song streaming service announced on Wednesday that the service will shut down on July 31.

ANiUTa launched as the the world’s first anime song streaming service for iOS and Android in the United States in August 2018. ANiUTa launched in Japan in March 2017.

The service shut down in the United States in March 2020.