The official website for the television anime adapation of Kentaro Yabuki‘s Ayakashi Triangle manga revealed on Saturday that the anime will premiere in 2023. 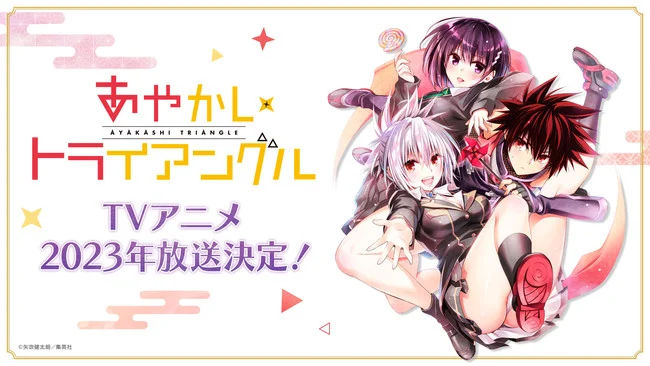 Viz Media and Shueisha are both publishing the manga in English digitally, and Seven Seas is releasing the compiled book volumes digitally and physically in English. Seven Seas describes the story:

Teenager Kazamaki Matsuri has long been part of an elite force of ninja exorcists, tasked with fighting malicious ayakashi spirits who threaten Japan–especially those after his childhood friend, the spirit medium Kanade Suzu. As he fiercely protects her, and his relationship with her blooms from friendship into something more, a powerful cat ayakashi vows to get between the lovebirds: by casting a forbidden spell that turns Matsuri into a woman! With no apparent way to undo the spell, Matsuri must continue battling ayakashi–and go back to school–in this new feminine body until he can find a way to turn back.

My Master Has No Tail Anime Premieres in October