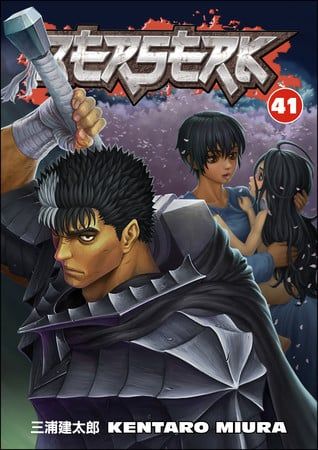 The editing department of Hakusensha‘s Young Animal magazine and manga creator Kouji Mori announced on Tuesday that the Berserk manga by the late Kentarou Miura will continue beginning with this year’s 13th issue of Young Animal on June 24. The manga will first have six chapters that will go to the end of the “Fantasia Arc/Elf Island Chapter,” with a new arc beginning afterward.

The full announcement with comments from Young Animal‘s editorial department and from Mori are available in English.

Moving forward, the manga will now have the following credits: “Original work by Kentarou Miura, manga by Studio Gaga, supervised by Kouji Mori.”

Studio Gaga is Miura’s studio with his assistants and apprentices who also worked on Berserk alongside him. Mori is a close childhood friend of Miura’s, whom Miura frequently consulted with for plot details on Berserk. Mori said in the statement he “know[s] the story for Berserk up to the very end.” Mori drew a one-shot manga in Young Animal last year that tells his story of lifelong friendship and creative relationship with Miura.

In the statement, Mori noted that he has discussed the ending of Berserk with Miura since the manga’s iconic “Eclipse” event 30 years ago. After Miura passed, he thought about discussing the ending through an interview, or through some illustrations with an accompanying article, but deemed these methods as insufficient. He welcomed Studio Gaga’s offer to continue the manga, and promises to “recall the details as much as possible and tell the story,” assuring readers that while the telling will be imperfect, he thinks he “can almost tell the story that Miura wanted to tell.”

Both Mori and the Young Animal editing department promised not to “deviate from Mr. Miura’s own words.”

The 41st volume of Berserk, which includes the final chapters that Miura had created for the series, shipped in Japan on December 24 last year. Dark Horse Comics will publish the volume this coming November. 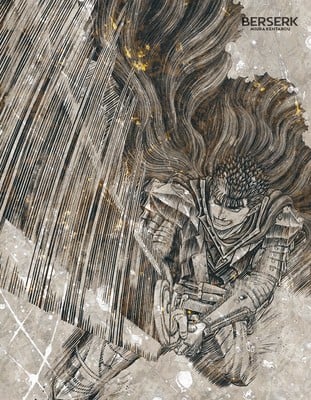 The 41st volume’s release came in both regular and special editions, the latter of which includes special canvas art and a drama CD. Miura drew the canvas art (pictured left) that adorns the special edition of the 41st volume. The drama CD features the return of the anime’s cast and portrays the manga’s key “Awakening” chapter, which has never been seen in any of the manga’s anime adaptations. Makoto Fukami also returned to pen the drama CD’s script.

Miura passed away on May 6, 2021 due to acute aortic dissection. He was 54. Since the announcement of Miura’s passing, creators in Japan and throughout the world have offered their condolences.

The Berserk manga follows Guts, a superhumanly strong warrior who wields a large sword, as he wanders a dark medieval world filled with demons, corrupt and decadent nobles, and other horrors. Every night, he is assailed by demons, attracted to the curse branded on him after a traumatic event. He makes his way through the world on a quest to slay a former friend turned demon, who took everything away from him.

Miura published the one-shot version of the Berserk manga in Hakusensha‘s Monthly Comicomi magazine in 1988. He launched the full Berserk manga series in Hakusensha‘s Monthly Animal House magazine in 1989, and the series continued in Hakusensha‘s Young Animal magazine until now. The series has over 40 million copies in circulation. Hakusensha published the manga’s 40th volume in Japan on September 28, 2018. Dark Horse Comics published the same volume in North America on October 8, 2019. Dark Horse Comics began reprinting the manga in the deluxe hardcover editions in February 2019. Each volume features three normal compiled volumes of the manga.