The official website for Libre Publishing‘s Be x Boy magazine is listing that Chise Ogawa is launching a new manga titled Vs. Love in the magazine’s July issue on June 7. The magazine teases the manga as a profusely blooming yankee love story where the winds of love and battle sweep through the story. 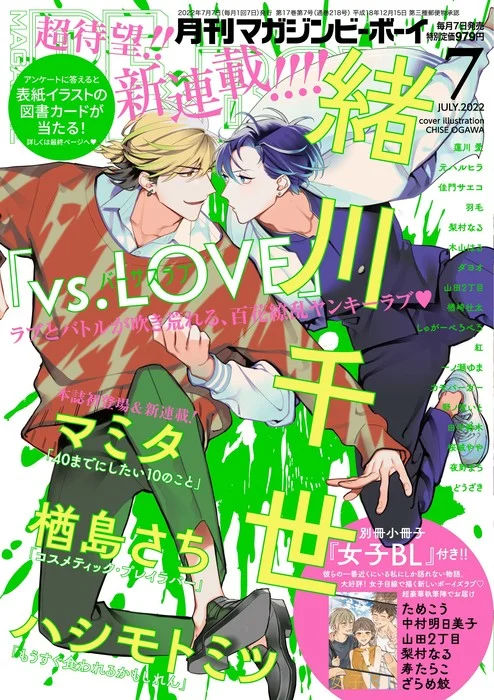 SuBLime licensed the manga, will release the seventh volume on June 14.

The manga inspired a smartphone game that launched in April 2019.