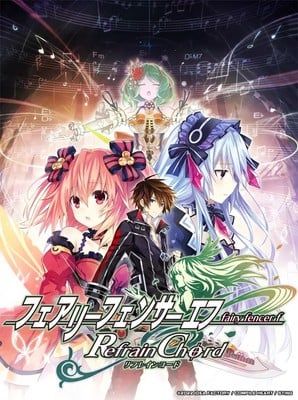 The tactical role-playing game features the return of series characters Fang and Tiara, along with two “songstresses” around whom the game’s theme of “songs” will revolve. The game will have a new “Dramatic Resonance” system in which songstresses can strengthen their allies around an area called a “Resonance Field,” which they project by singing. As allied and enemy songstresses close ranks in the field, their songs will begin to mix together and form “mashups.”

Idea Factory International previously released the original Fairy Fencer F game on Steam in August 2015. Before that, NIS America released Fairy Fencer F on the PlayStation 3 in North America and in Europe in September 2014.

Compile Heart released Fairy Fencer F: Advent Dark Force on the PS4 in Japan in November 2015. Idea Factory International released the PS4 game in North America and Europe in July 2016. The game received a release for PC via Steam in February 2017. The game released for Switch in 2019.