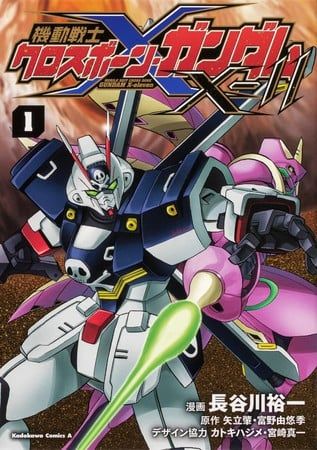 The manga is set in the same time frame as the Kidō Senshi Cross Born Gundam Dust manga that ended in 2020, and it shows Curtis Rothko’s “final battle.”

Hasegawa launched Kidō Senshi Cross Born Gundam Dust in Monthly Gundam Ace in July 2016. As the most recent installment in the long-running Mobile Suit Crossbone Gundam series, it changes the “bone” in the previous titles to “born.” The manga is set in the previously undepicted timeframe of UC 0169.

Hasegawa launched the original Mobile Suit Crossbone Gundam manga in the inaugural issue of Kadokawa‘s Shōnen Ace magazine in 1994, and ended it in 1997. That series served as a direct sequel to the Mobile Suit Gundam F91 anime film.