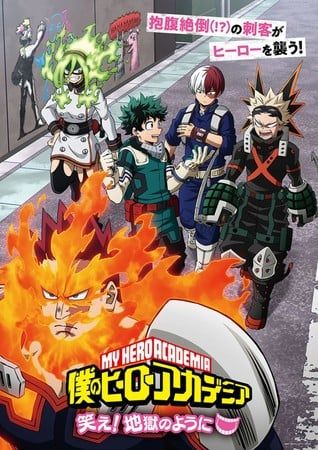 Crunchyroll announced on Tuesday that it has licensed the following anime, and will premiere them at this year’s Anime Expo event. Several anime will have world premieres, debuting before the Japanese release.

The newly licensed anime and their premiere dates at Anime Expo include:

The following anime will have world premieres at Anime Expo:

The following anime will have international premieres at the convention:

The first episode of the BLUE LOCK anime will have its North American premiere at the event on July 2 at 11:30 a.m. PDT.

Anime Expo will return as an in-person convention at the Los Angeles Convention Center on July 1-4, 2022.

The convention will require attendees to the Anime Expo 2022 event to show proof of vaccination for the new coronavirus disease (COVID-19) or a negative COVID-19 test taken 72 hours prior to attending the event. Regardless of vaccination status, masks will be required indoors (except in designated eating areas) and will be optional outdoors.