Crunchyroll announced at its panel at Anime Boston on Saturday that it will stream the Blue Lock soccer anime as well as the second part of the Orient anime and the second season of the Rent-A-Girlfriend anime. 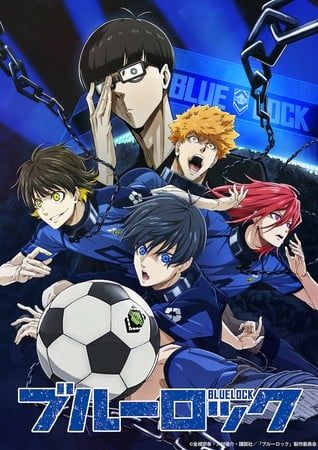 Crunchyroll stated its stream of Blue Lock will start this year. The anime is an adaptation of Muneyuki Kaneshiro and Yūsuke Nomura‘s manga of the same name, and it will premiere in Japan in October. Crunchyroll describes the story:

After a disastrous defeat at the 2018 World Cup, Japan’s team struggles to regroup. But what’s missing? An absolute Ace Striker, who can guide them to the win. The Japan Football Union is hell-bent on creating a striker who hungers for goals and thirsts for victory, and who can be the decisive instrument in turning around a losing match…and to do so, they’ve gathered 300 of Japan’s best and brightest youth players. Who will emerge to lead the team…and will they be able to out-muscle and out-ego everyone who stands in their way?

Kodansha Comics is publishing the manga in English digitally and in print. Kaneshiro and Nomura launched the ongoing manga in Weekly Shōnen Magazine in August 2018.

With the appearance of the all-powerful Kishin, the land of Hinomoto is now dominated by oni, instead of humans. Musashi and Kanemaki Kojiro set out from their hometown swearing the form the strongest Bushi band of all time, and after encountering Hattori Tsugumi on their trip, the three of them found the Kanemaki Bushi. After obtaining the only weapons that can slay oni, Kitetsu Blades, they have taken the first big step towards their dream. In Harima, Musashi’s group will encounter the massive band of Uesugui Bushi, and their leader Uesugi Tatsuomi. They have gathered to slay the giant Kishin that threatens to consume the Awaji island: Yamata no Orochi, the Artillery Wyrm. Joining them are Takeda Naotora and the Takeda Bushi, along with several Bushi the same age as Musashi like Shimazu Akihiro and Amako Katsumi. There’s also the slightly sheltered, shy princess, Saruwatari Michiru. As different agendas swirl and interact, Musashi and his friends join the Kishin hunt. Yamata no Orochi is an unstoppable demon god that’s never been scratched before. And so, the fiercest battle of all begins…

The first cours (quarter of a year) of the anime premiered in Japan on January 5. Crunchyroll streamed the anime, and also streamed an English dub. 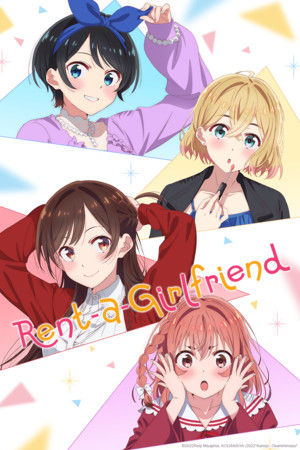 The second season of the television anime of Reiji Miyajima‘s Rent-A-Girlfriend (Kanojo, Okarishimasu) manga will premiere in the Super Animeism programming block on MBS, TBS, and 26 affiliates on July 1 at 25:25 (effectively, July 2 at 1:25 a.m.). Crunchyroll will stream the series starting in July, and it describes the story:

A hopeless college student, Kinoshita Kazuya, meets a graceful rental girlfriend, Mizuhara Chizuru, and ends up introducing her as his girlfriend to his family and friends. Time goes on with Kazuya unable to tell the truth, as he’s surrounded by devilish ex-girlfriend Nanami Mami, who keeps coming back to tempt him for some reason, hyper-aggressive provisional girlfriend Sarashina Ruka, who doesn’t know how to take no for an answer, and super shy but diligent and hardworking younger rental girlfriend, Sakurasawa Sumi… beautiful girlfriends of all types! The pub, the beach, hot springs, Christmas, and New Year’s… Having gone through these challenging events, Kazuya’s feelings for Chizuru keep growing stronger. But she reveals a shocking truth that threatens to shake their “relationship” to the very core!

The first anime season premiered on the Animeism programming block on July 10, 2020 and aired for 12 episodes. Crunchyroll streamed the anime worldwide except in Asia.

Miyajima launched the manga in Kodansha‘s Weekly Shōnen Magazine in July 2017. Kodansha Comics is publishing the manga in English.