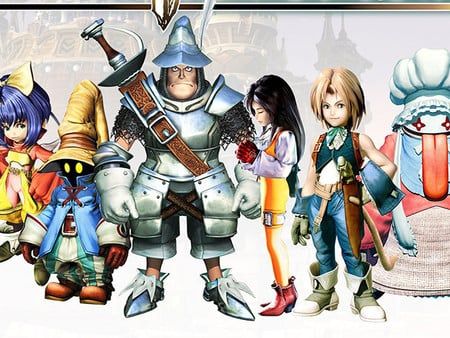 Paris-based Cyber Group Studios’ vice president of international licensing and marketing Bruno Danzel d’Aumont told Animation Business Magazine in an interview published on Sunday that the studio will present the animated series based on Square Enix‘s Final Fantasy IX for the first time at the Licensing Expo in Las Vegas. The event will take place from Tuesday to Thursday.

Cyber Group Studios will also debut the Digital Girl, The McFire Family, and Press Start! animated series at the expo. d’Aumont stated that the four series “have a strong licensing appeal for different age targets.”

Paris-based Cyber Group Studios has signed a co-development and co-production deal with Square Enix to create an animated series for 8- to 13-year-olds. Cyber Group Studios’ CEO Pierre Sissman previously stated that the company aimed to begin production by the end of 2021 or beginning of 2022. The company has not finalized the project’s number or length of episodes.

Cyber Group is handling worldwide distribution, licensing, and merchandise, and it plans to offer the series to potential broadcasters in the coming months.

Zidane and the Tantalus Theater Troupe have kidnapped Princess Garnet, the heir of Alexandria.
To their surprise, however, the princess herself yearned to escape the castle.
Through a series of unusual circumstances, she and her personal guard, Steiner, fall in with Zidane and set out on an incredible journey.
Meeting unforgettable characters like Vivi and Quina along the way, they learn about themselves, the secrets of the Crystal, and a malevolent force that threatens to destroy their world.