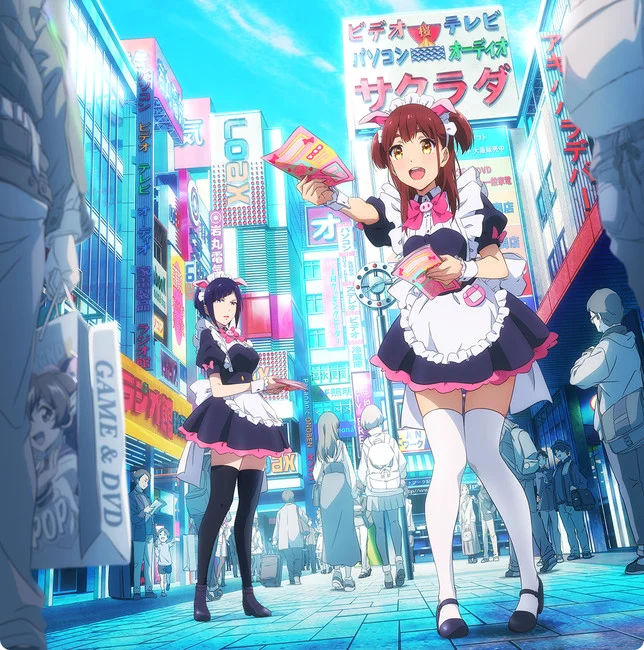 The anime will star Reina Kondo as Nagomi Kazuhira, a woman who moves to Tokyo and dreams of becoming a cute maid in Akihabara. Also starring in the series is Rina Satou as Ranko Kazutoshi, a former maid who has been away from Akihabara for a long time. Character name romanizations are not confirmed.

“Kedamono Land Management Strategy Room” is credited with the original work for the anime. Sōichi Masui (Chaika the Coffin Princess, Sakura Quest, Rascal Does Not Dream of Bunny Girl Senpai) is directing the anime at P.A. Works. Yoshihiro Hiki is overseeing the series scripts, Manabu Nii (The Day I Became a God, Kakegurui twin, Hina Logic – from Luck & Logic) is the character designer and chief animation director, and Yoshihiro Ike (Tiger & Bunny, Ergo Proxy, 2019 Dororo) is composing the music at Cygames.

Other staff members include:

The staff did not reveal a story summary for the anime.

Revisiting G no Reconguista, And Looking Back On 'Happy Tomino'