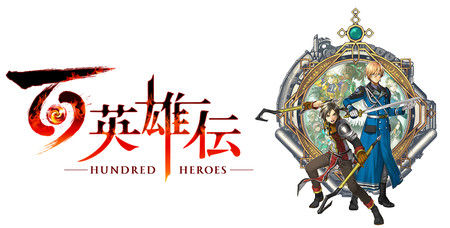 505 Games confirmed on Wednesday that Rabbit & Bear Studios’ Eiyuden Chronicle: Hundred Heroes (Hyaku Eiyūden) role-playing game will get a Nintendo Switch version. The Switch edition will launch alongside versions on other platforms. The company had previously considered whether it would release the game on Switch or a new generation Nintendo console, and it formally committed to the former.

The Kickstarter campaign for the main game became the third-most funded game on the platform (behind Shenmue 3 and Bloodstained: Ritual of the Night) in August 2020. The campaign raised 481,621,841 yen (US$4,571,418). The game’s final stretch goal, which was met at US$4.5 million, is a companion town-creation RPG by Natsume-Atari.

The Kickstarter campaign reached its US$509,713 goal within three hours of launching in July 2020.

The campaign had a US$1,000,000 stretch goal to unlock releases for PlayStation 4, PlayStation 5, Xbox One, Xbox Series X|S, and Nintendo Switch, in addition to PC. The company had previously stated that it was “really not sure if there is any future plan on Switch.”

The game will be the first collaboration between Yoshitaka Murayama (Suikoden I, Suikoden II) and Junko Kawano (Suikoden I, Suikoden IV) in 25 years. Murayama is writing the script and is credited as the game designer, and Kawano is the character designer. Osamu Komuta (Suikoden Tierkreis, Rphasodia) is the system designer and in charge of direction, and Junichi Murakami (Castlevania: Aria of Sorrow, Hero Bank) is the art director and producer. Motoi Sakuraba (Tales of game series, Golden Sun game series) and Michiko Naruke (Wild Arms series) are composing the music.

Rabbit & Bear Studios was established in March 2020 and is based in Tokyo. 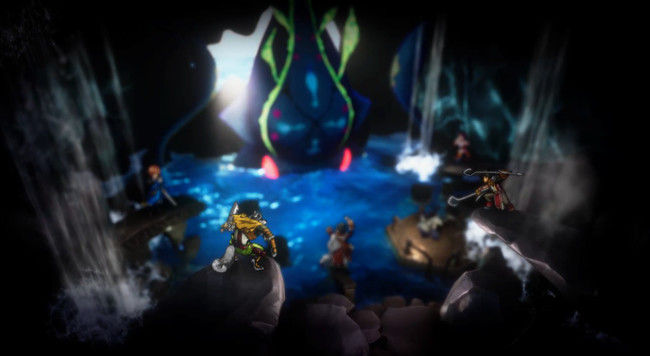 Our story begins in one corner of Allraan, a tapestry of nations with diverse cultures and values.
By dint of sword, and by way of magical objects known as “rune-lenses,”
the land’s history has been shaped by the alliances and aggressions of the humans, beastmen, elves,
and desert people who live there.
The Galdean Empire has edged out other nations and discovered a technology that amplifies the rune-lenses’ magic.
Now, the Empire is scouring the continent for an artifact that will expand their power even further.
It is on one such expedition that Seign Kesling, a young and gifted imperial officer, and Nowa, a boy from a remote village,
meet each other and become friends.
However, a twist of fate will soon drag them into the fires of war, and force them both to reexamine everything they believe to be right and true.

Eiyuden Chronicle: Rising, the companion prequel game, launched for PS5, PS4, Xbox Series X|S, Xbox One, Switch, and PC via Steam, Epic and GOG on May 10. The companion game was also available on day one via Xbox and PC Game Pass.