Kadokawa began streaming a video for the character Alpha on Friday for the television anime of Daisuke Aizawa‘s The Eminence in Shadow (Kage no Jitsuryokusha ni Naritakute!) light novel series.

Kadokawa also revealed that KDcolle will produce a scale figure of Alpha. 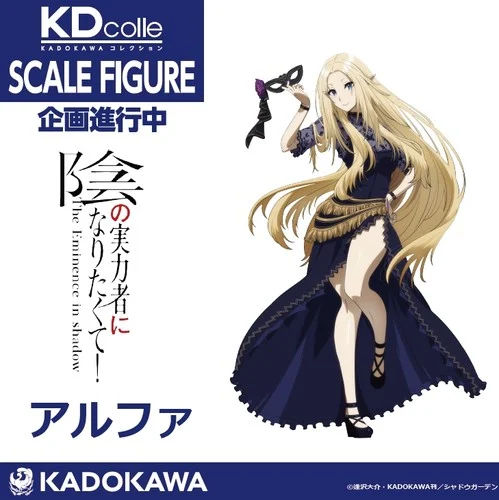 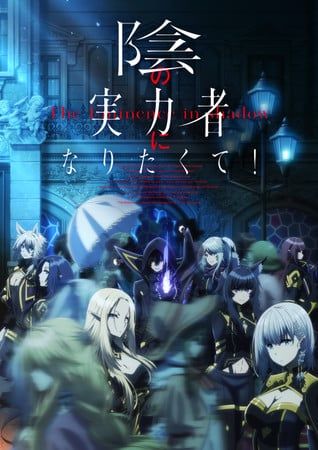 The anime is slated to premiere in October, and stars:

Yen Press licensed both the light novels and the manga adaptation, and it describes the first volume:

Even in his past life, Cid’s dream wasn’t to become a protagonist or a final boss. He’d rather lie low as a minor character until it’s prime time to reveal he’s a mastermind…or at least, do the next best thing-pretend to be one! And now that he’s been reborn into another world, he’s ready to set the perfect conditions to live out his dreams to the fullest. Armed with his overactive imagination, Cid jokingly recruits members to his organization and makes up a whole backstory about an evil cult that they need to take down. Well, as luck would have it, these imaginary adversaries turn out to be the real deal-and everyone knows the truth but him!

Aizawa began serializing the story on the “Shōsetsuka ni Narō” (Let’s Become Novelists) website in May 2018, and Kadokawa began publishing the story in physical volumes with art by Tōzai, beginning with the first volume in November 2018. Anri Sakano launched the manga adaptation in Kadokawa‘s Comp Ace magazine in December 2018. Seta U launched a spinoff manga titled Kage no Jitsuryokusha ni Naritakute! Shadow Gaiden (The Eminence in Shadow – Shadow Side Story) in Comp Ace in July 2019.

'More Than a Married Couple, But Not Lovers' Anime Unveils Staff, Teaser Visual