The official website for the Fire Force anime announced on Tuesday that the series is getting a third season. The magazine also revealed that the franchise is getting an original video game titled Fire Force: Enbu no Shо̄. Mrs. Green Apple will perform the theme song “En En” for the video game. 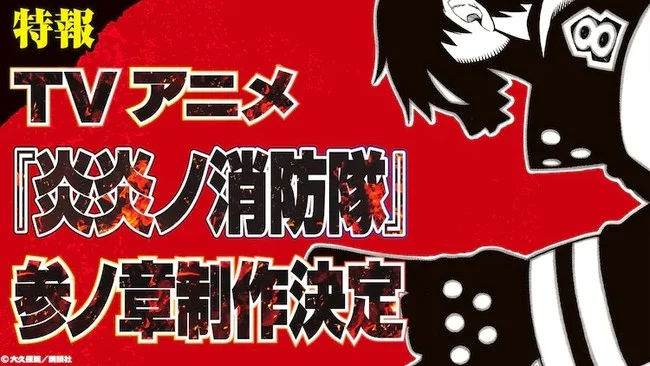 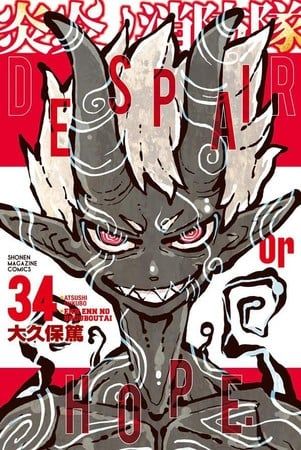 Atsushi Ohkubo (Soul Eater) launched the Fire Force manga series in Kodansha‘s Weekly Shōnen Magazine in September 2015, and he ended the series on February 22. Kodansha had teased when the manga ended that there would be an “important announcement” for the franchise soon.

The manga’s 34th and final volume shipped in Japan on Tuesday.

Kodansha Comics publishes the manga in English, and it describes the story:

Terror has paralyzed the clockwork metropolis of Tokyo! Possessed by demons, people have begun to burst into flame, leading to the establishment of a special firefighting team: the Fire Force, ready to roll on a moment’s notice to fight spontaneous combustion anywhere it might break out. The team is about to get a very unique addition: Shinra, a boy who possesses the unique power to run at the speed of a rocket, leaving behind the famous “devil’s footprints” (and destroying his shoes in the process). Can the Fire Force discover the source of this strange phenomenon and put a stop to it? Or will the city burn to ashes first?