The “fripSide Phase 2 Final Arena Tour” ended on Sunday with the announcement of the 2 vocalists for the fripSide music unit’s “Phase 3.”

The Phase 2 vocalist Yoshino Nanjō began performing “infinite synthesis” because the twenty second tune on the live performance’s setl ist, solely to be joined midway by way of the tune by the Phase 3 vocalists. The emcee then launched the brand new vocalists Mao Uesugi (left in photos above) and Hisayo Abe (proper, Idol Bu Show) earlier than they sang their first tune, “dawn of infinity.”

That tune is already taking part in because the opening theme tune for the spring anime The Dawn of the Witch, and can also be accessible on streaming companies. The single will ship on May 18 with a second tune to be introduced later. 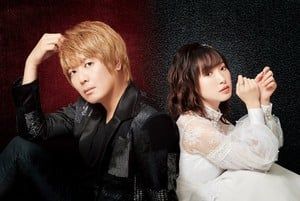 Since 2009, the unit fripSide had consisted of vocalist Yoshino Nanjō (Ar Tonelico, Love Live!) and producer/composer/programmer Satoshi Yaginuma. (The earlier vocalist was nao from 2002 till she graduated in 2009.) The unit carried out the 2 opening themes for the primary A Certain Scientific Railgun sequence, in addition to the opening theme for the unique video anime. They additionally carried out theme songs for Koihime Musō (with nao because the vocalist), the Aa Megami-sama unique anime video sequence, and Hayate the Combat Butler! Heaven Is a Place on Earth.

The duo has since carried out extra songs for A Certain Scientific Railgun franchise in addition to Black Bullet, Future Card Buddyfight, Seraph of the End, Schwarzes Marken, Ajin, Clockwork Planet, Dances with the Dragons, Boarding School Juliet, King’s Raid and The Strongest Sage With the Weakest Crest.