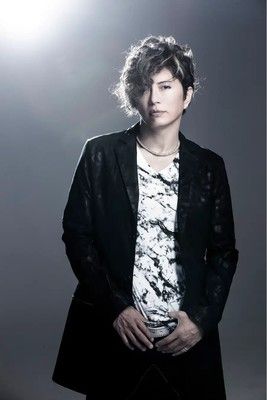 Talent management agency Glab Entertainment announced on the official website for musician and singer Gackt (Gakuto Ōshiro) on Monday that Gackt is steadily recovering physically and is aiming to slowly return to some entertainment industry activity within the year.

Glab Entertainment made the announcement with Gackt‘s approval, as well as the Kyushu Regenerative Medicine Center, Kōgekai Medical Corporation, and Syu Cell Clinic — a team of medical institutions that are overseeing Gackt‘s treatment.

The medical institutions noted that Gackt‘s current immunodeficiency and autoimmune condition are still affecting Gackt with dermatitis and alopecia, and he is currently undergoing stem cell treatment. He is also still suffering from impaired liver and respiratory function, fever, pain, and impaired usage of vocal cords.

Gackt went on an indefinite hiatus in September due to an early onset neurological disease that was progressing into a “life-threatening condition” resulting in dysphonia (disorder of the voice).

Gackt is the former vocalist of a visual-kei band named Malice Mizer. In 1999, he left the band and made his solo debut. He has contributed theme songs to franchises such as Fist of the North Star, Final Fantasy, and Mobile Suit Gundam. He appeared in the Sket Dance anime playing a character modeled after himself, and also voiced the villain character The Fiend With Twenty Faces in the 2016 Trickster anime. He has also voiced roles in such anime as Shiki, Tono to Issho, and Supernatural: The Anime Series. Aside from his music and voice acting career, Gackt has also acted in a number of live-action and theatrical productions, including the live-action film based on Mineo Maya‘s Tonde Saitama (Fly Me to Saitama) manga and its planned sequel.