The official website for the new stage play adaptation of Shigeru Mizuki‘s GeGeGe no Kitarō manga revealed a new visual of the cast in costume on Wednesday. 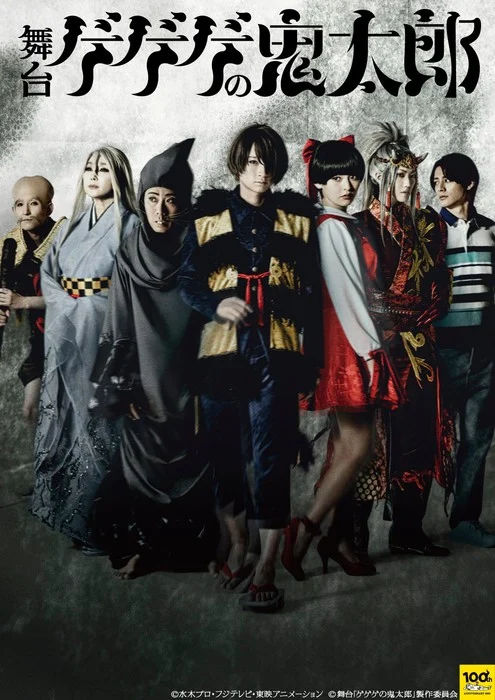 The stage play will star: (from left to right in image above)

Takahiro Tamura is penning and directing the play. The play will run at Tokyo’s Meijiza Theater from July 29 through August 15, 2022. 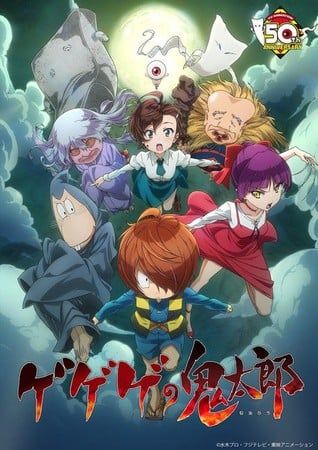 The latest GeGeGe no Kitarō anime — the sixth television anime incarnation — premiered in April 2018 and replaced Dragon Ball Super in the same timeslot. The show entered its “second year” in April 2019, and then entered its “final arc” titled the “Nurarihyon Arc” in October 2019. The show ended its run in March 2020 after 97 episodes. Crunchyroll streamed the series as it aired.

The latest anime will get an anime film project titled Kitarō Tanjō: Gegege no Nazo (Kintarō Birth: The Mystery of Gegege). The film is part of four “big projects” commemorating the 100-year anniversary of Mizuki’s birth. The film will open in fall 2023.

Mizuki’s manga, which began in 1959 under the name Hakaba Kitarō, has spawned seven television series (including one Hakaba Kitarō anime), several animated movies, and two live-action films. The stories center on an inhuman boy who straddles the line between the human and supernatural worlds.

Sonic the Hedgehog 2 Film Stays at #2 in U.S., Crosses US$323 Million Worldwide