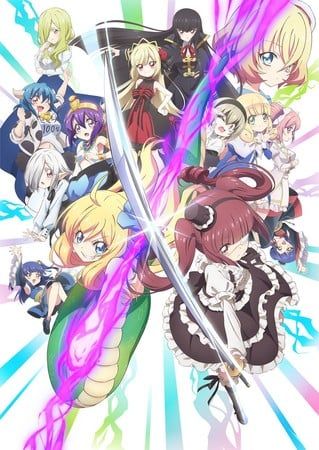 A campaign backer pledged 1.1 million yen (about US$10,000) to coin the title of the new season, and explained the title expresses affection for the hope that “Yurine and Jashin-chan will continue to cross each other and fight forever.”

The original comedy manga by Yukiwo centers on Yurine Hanazono, a college student who summons Jashin-chan, a demon from the underworld. Now they must live together in a run-down apartment in Tokyo’s Jinbōchō district. If Yurine dies, Jashin-chan gets to go back to the underworld, so she constantly plots to kill Yurine.