The March issue of Futabasha‘s Monthly Action magazine revealed on Tuesday that Asahi will launch a new manga in the Higurashi franchise titled Higurashi no Naku Koro ni Oni in the magazine’s next issue on February 25. The manga will have a color opening page and will feature on the issue’s front cover. 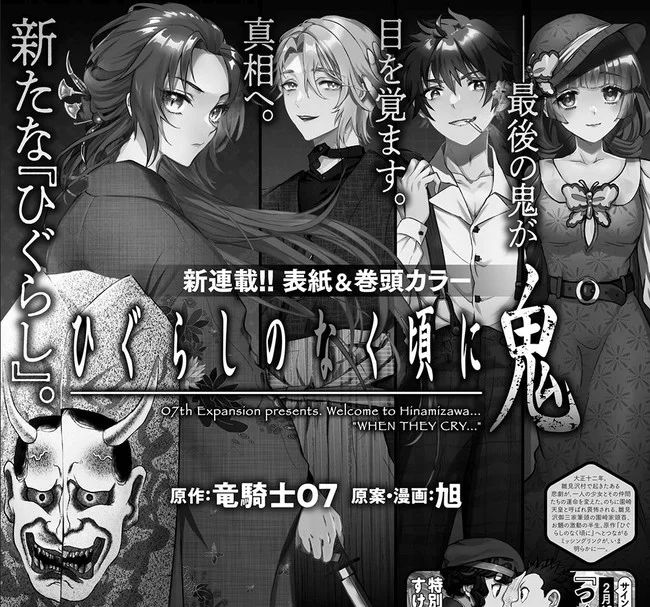 The magazine describes the manga as telling the “missing link” in the story, with the tagline: “The final demon awakens. A new Higurashi toward the truth.” The manga is set in the Taisho Era in 1923. A certain tragedy in Hinamizawa changes the lives of one girl and her friends forever. The manga also focuses on the life of Oryō, the head of the Sonozaki family — one of Hinamizawa’s Three Great Families — and feared as the “Empress Sonozaki.”