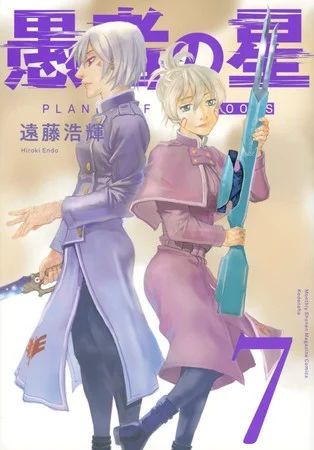 The April problem of Kodansha‘s Monthly Shonen Magazine launched on Friday that Hiroki Endo‘s Gusha no Hoshi (Planet of the Fools) manga will end in its May problem on April 6.

The manga launched in Monthly Shonen Magazine in August 2019. Kodansha shipped the seventh compiled amount of the manga on January 17.

The story services on a boy named Shinta. The setting is a planet named Slars, the place the indigenous Slarsians and alien Earthians coexist uneasily. Shinta descends from every races, and is thus shunned by each aspect, nonetheless turns into involved in a battle spherical “Regalia” that preserve a mysterious power.