The official website for the iii icecrin television anime revealed on Monday that the show will get a second season that will premiere in July on TV Tokyo. The sequel series is titled iii icecrin 2 (pronounced “i i i icecrin double”).

The below visual for the new seasons features many of the characters visiting Vanillan’s house. 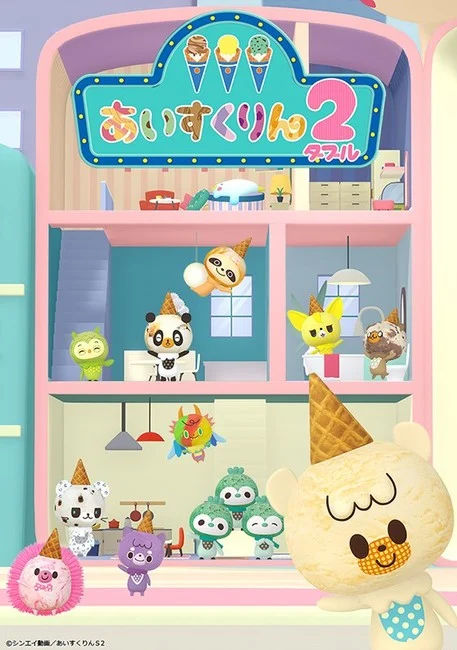 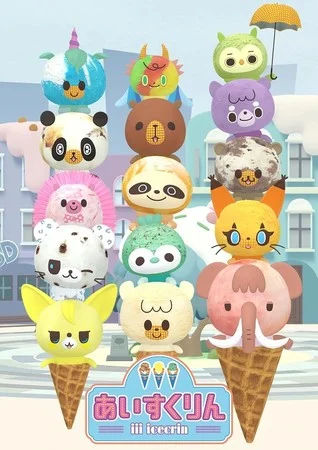 Aya Matsui (Inai Inai Baa!/Peek-a-Boo! show’s Ūtan character) designed the characters who spend their days at Ice Cream Town. The characters are a fusion of 15 various flavors of Blue Seal ice cream with bears, capybaras, otters, pandas, and other animals.