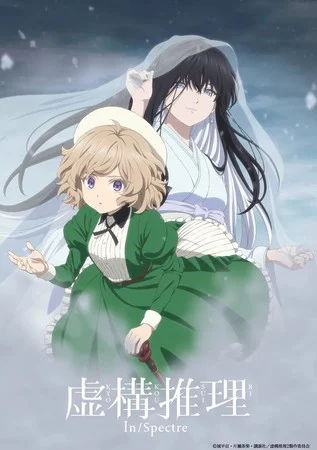 The official web page for the television anime of Kyo Shirodaira and Chasiba Katase‘s In/Spectre (Kyokō Suiri or Invented Interface) manga revealed on Monday that the anime’s second season is delayed from October 2022 to January 2023 due to “various circumstances.”

Keiji Gotoh (Kiddy Grade, Endride, Sengoku Collection) is returning to direct the second season of the anime at Brains Base, and Noboru Takagi (Durarara!!, Golden Kamuy, Kuroko’s Basketball) is as soon as extra answerable for the sequence scripts. Kentarou Matsumoto (D-Frag!, animation director for In/Spectre season 1) is the character designer and chief animation director. NAS is producing the endeavor.

The anime’s first season was a Crunchyroll co-production and part of the Crunchyroll Originals slate. The sequence premiered in Japan in January 2020, and it aired 12 episodes. Crunchyroll moreover streamed an English dub for the anime.