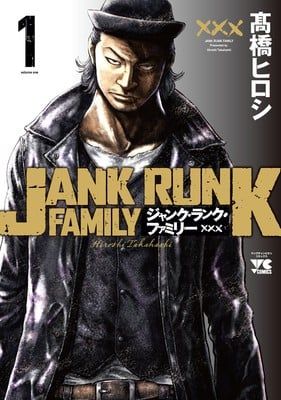 This year’s 11th issue of Akita Shoten‘s Young Champion magazine announced revealed on Tuesday that Hiroshi Takahashi‘s Jank Runk Family manga has ended its third part. The magazine also revealed that there will be a fourth part.

The manga began its third part in April 2020.

Takahashi launched the manga in Young Champion magazine in September 2016. He ended the manga’s first part in March 2018 and concluded the second part in August 2019. The manga’s 10th compiled book volume shipped in Japan on January 20.

The manga is a crossover with the OREN’S manga, which artist Yanse Kazu and Takahashi launched in September 2015 in Akita Shoten‘s Bessatsu Young Champion magazine. The OREN’S manga is set in the aftermath of a great disaster, and depicts the struggle for survival of men.