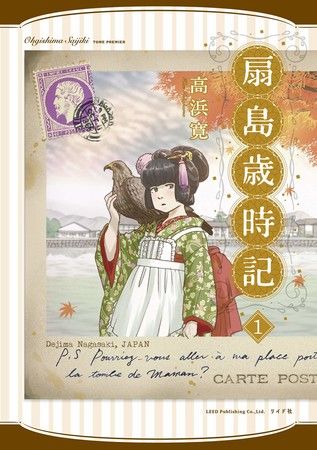 Takahama launched the manga in Monthly Comic Ran in November 2019. LEED Publishing released the third compiled volume on December 27. The manga is the third and final work in Takahama’s “Nagasaki Trilogy,” which also includes Nyx no Lantern and Chō no Michiyuki.

The manga takes place in 1866. The story is about a girl born in Nagasaki’s brothel and follows the moment she becomes an adult.

Takahama launched the Nyx no Lantern (Nyx’s Lantern) manga in Monthly Comic Ran in March 2015, and ended it in June 2019. LEED Publishing released the manga’s sixth and final compiled volume in August 2019. The manga won an Excellence Award at the 21st Japan Media Arts Festival Awards in 2018.