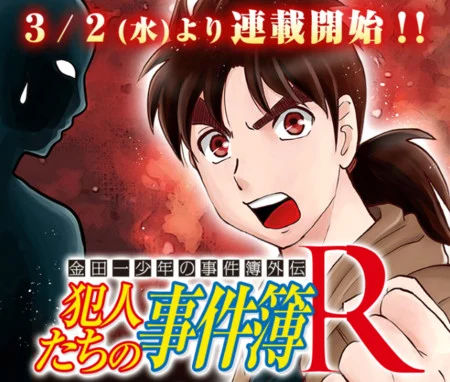 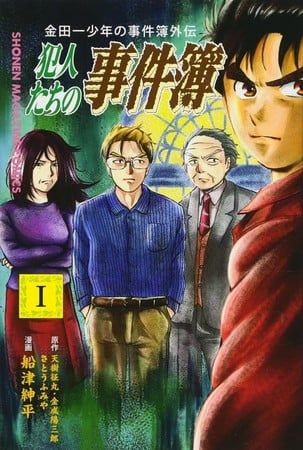 The manga is a spinoff of Fumiya Sato, Yōzaburō Kanari, and Seimaru Amagi‘s Kindaichi Case Files manga. The spinoff centers on the thoughts and feelings of the criminals themselves at the moment the famous detective Kindaichi exposes their tricks and crimes.

The Kindaichi Case Files manga centers around a high school boy named Hajime Kindaichi who usually seems dull. However, when there is a case, he demonstrates an IQ of over 180 and remarkable deductive skills inherited from his famous detective grandfather. He solves crimes with his childhood friend Miyuki Nanase and Inspector Isamu Kenmochi.

Amagi and Sato launched the original manga in 1992, and Tokyopop published it in English. The manga inspired other spinoff manga, anime movies, original video anime (OVA) projects, and a television anime series.

Amagi and Sato launched the Kindaichi Shōnen no Jikenbo R (The File of Young Kindaichi Returns) follow-up manga in Weekly Shōnen Magazine in March 2012, and ended the manga in October 2017. The follow-up manga itself also inspired two television anime series.

Sato also drew the Akechi Keibu no Jikenbo spinoff manga for the franchise. The manga launched in Kodansha‘s Magazine Special in May 2014, and ended August 2018 with five volumes. The manga received a television anime special titled The File of Young Kindaichi Returns: The File of Inspector Akechi in December 2015.

Amagi and Sato launched the Kindaichi 37-sai no Jikenbo (The Case Files of 37-year-old Kindaichi) manga in January 2018. Kodansha published the manga’s 12th compiled book volume on April 21. The manga went on hiatus in January.

The series has a new live-action series adaptation. The series premiered in April and airs on NTV on Sundays at 10:30 p.m.