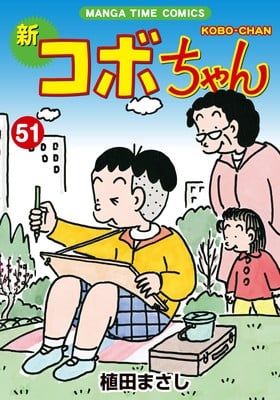 Kobo-chan has been running in Yomiuri Shimbun since April 1982. The four-panel family comedy manga centers on the titular Kobo Tabata, a child living with his younger sister, both parents, and both grandparents, with three generations of a family living under one roof.

Houbunsha published the manga’s 51st compiled book volume on February 7, and will publish the 52nd volume on July 7. Kodansha published some Kobo-chan manga volumes in bilingual editions under the title Kobo, the Li’l Rascal.

The manga inspired a television anime that aired from 1992 to 1994.

Kodansha Comics Licenses My Idol Sits the Next Desk Over!, The Lines that Define Me, Zatsuki: Make Me a Star, More Manga