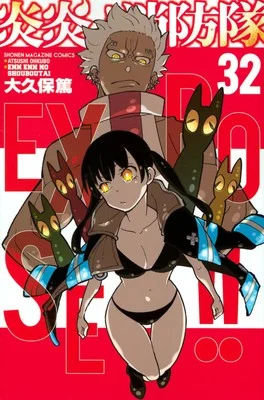 This 12 months’s thirteenth challenge of Kodansha‘s Weekly Shōnen Magazine printed the ultimate chapter of Atsushi Ohkubo‘s Fire Force (En En no Shōbōtai) manga on Tuesday. On the ultimate web page of the manga, a word from the editorial division requested followers to “look forward to Atsushi Ohkubo‘s next work. Ohkubo had stated in May 2020 in the manga’s 23rd volume, “the story can also be in its ultimate stage, and for me, I plan for this to be my final manga, so please accompany me till the very finish.”

Many manga magazines use this inventory phrase every time a manga ends, so it’s at the moment unclear if Ohkubo will truly launch one other work sooner or later.

The similar challenge additionally teased that there will probably be an “important announcement” for the franchise quickly.

Ohkubo (Soul Eater) launched the sequence in Kodansha‘s Weekly Shōnen Magazine in September 2015. The thirty third quantity will ship on March 17, and the thirty fourth and ultimate quantity will ship in May. Kodansha Comics publishes the manga in English.

In the manga’s ultimate chapter, [Highlight the following text to read the spoilers.] [the chapter hinted in the story and through the final words in English “Next is Soul World” that the manga is connected to Ohkubo’s other manga Soul Eater.]