Nikkatsu began streaming a clip from the live-action film of Usamaru Furuya‘s Joshikōsei ni Korosaretai (I Want to be Killed by a High School Girl) suspense manga on Wednesday. The clip reveals protagonist Haruto Higashiyama making small communicate with a scholar named Kyōko inside the school library. 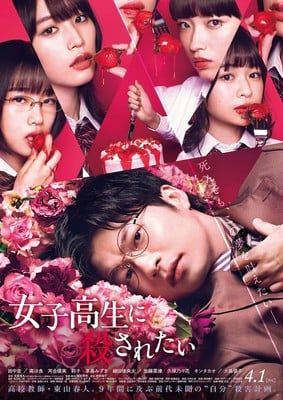 Joshikōsei ni Korosaretai follows an individual who turns right into a highschool teacher in his nine-year plan to be killed by a ravishing girl — although he doesn’t considerably want to die.

Hideo Jōjō (Dangerous Drugs of Sex/Sei no Gekiyaku, On the Edge of Their Seats/Alps Stand no Hashi no Hō) is directing and writing the film. Alisa is performing the film’s image observe “tell me i’m broken.”

The film will open on April 1.

Furuya (Lychee Light Club, No Longer Human, Amane Gymnasium, 51 Ways to Save Her, Genkaku Picasso) began the manga in Shinchosha‘s quarterly journal Go Go Bunch in 2013, and Shinchosha shipped the first compiled amount in February 2015. He ended the manga in July 2016, and the second and supreme amount shipped thereafter.