MBS also revealed that the show will stream on bilibili and GagaOOLala on June 17 and on Viki and doramakorea in mid-June. The channel also announced that OCTOPATH member Shunsei Ota will appear in the show’s seventh and eighth episodes. 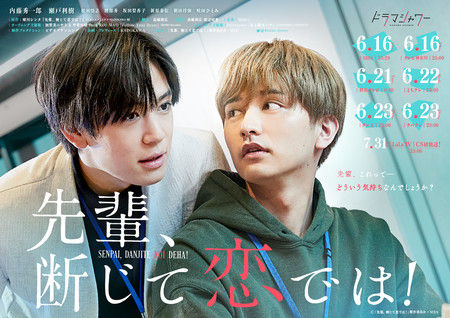 Other cast members include: (character name romanizations not confirmed)

All the cast members play coworkers of the two protagonists who watch over their budding relationship.