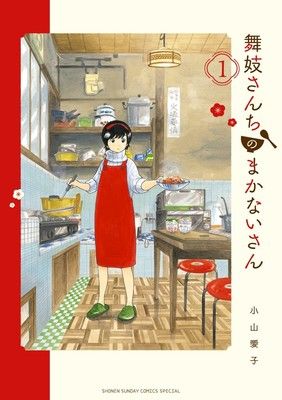 This year’s 26th issue of Shogakukan‘s Weekly Shonen Sunday magazine revealed on Wednesday that Aiko Koyama‘s Maiko-san Chi no Makanai-san (Makanai in the Maiko Lodge) manga will go on hiatus beginning with the magazine’s next issue on June 1. The magazine will announce the manga’s continuation at a later date.

The manga’s story is set in Kyoto’s “hanamachi” geisha quarter. Here, after geisha finish their work late at night, they spend the night resting at a lodge to prepare for the next day. The story centers on Kiyo, an Aomori native who works as a cook in a geisha lodge in Kyoto after finishing junior high school and leaving home. She also has a friend named Sumire who is a maiko, or apprentice geisha.

The manga inspired an anime adaptation titled Kiyo in Kyoto: From the Maiko House. The anime premiered on the NHK World channel with English subtitles in February 2021, and new episodes debut once a month. Crunchyroll is also streaming the anime.

The manga is inspiring a live-action series that will debut on Netflix worldwide this year.