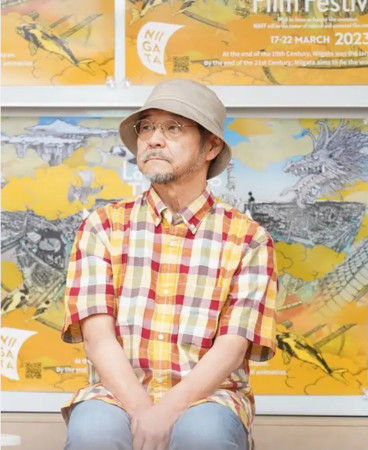 Mamoru Oshii (Ghost in the Shell, Angel’s Egg, Jin-Roh – The Wolf Brigade, Blood: The Last Vampire, Vladlove) revealed in a press conference on Monday that he will be the judging committee chairman at the new Niigata International Animation Film Festival on March 17-22, 2023. Kadokawa advisor and former representative director and chief anime officer Shinichiro Inoue will be the festival director.

The festival is planned to run every year, and it aims to be the largest festival of feature-length anime in Asia. The event will take place at the Niigata Civic Plaza and will feature seminars, music performances, and other programs. Around 25-35 works will screen. The staff expect about 12,000 paid attendees.

Niigata has hosted the Niigata Anime and Manga Festival and Niigata Manga Awards. The city is also home to some anime studios.

Oshii is known for writing and directing numerous animated films, original video anime (OVA), television anime series, and live-action films. His early career included directing the first original video anime, Dallos. He also directed Urusei Yatsura 2: Beautiful Dreamer, Angel’s Egg, and several Patlabor projects. The 1995 science fiction animated feature Ghost in the Shell led him to international critical and commercial success. After the success of Ghost in the Shell, Oshii was involved in various projects such as Jin-Roh – The Wolf Brigade, Blood: The Last Vampire, and The Sky Crawlers. His Vladlove anime formally debuted in February 2021.

Comic Market 100 Event to Be Held on August 13-14, Will Have Pre-Sold Tickets Only