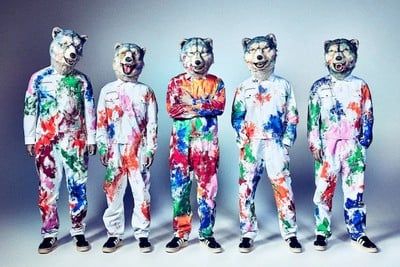 The official website for the MAN WITH A MISSION band announced on Thursday that the band’s bassist and background vocalist Kamikaze Boy will go on hiatus from band activity, following a “media report.”

The Bunshun Online tabloid site had reported on Monday about Kamikaze Boy allegedly stepping into a hotel with a woman on April 23, in an incident that Bushun Online alleged was an “affair” (Bushun Online quotes an anonymous source who says Kamikaze Boy is married).

Later that day, the band’s official website issued a statement acknowledging a “recent report” about Kamikaze Boy (the statement did not specifically mention the Bunshun Online report). The statement also included an apology letter from the bassist. In the apology letter, Kamikaze Boy noted he has realized the gravity of the situation, and will endeavor to win back fans’ goodwill toward the band through music.

The Thursday announcement on the band’s website mentioned that the scheduled activities and concerts for the band will still go forward.

On Sunday, Kamikaze Boy sustained an injury while performing at The Metropolitan Rock Festival concert’s Osaka leg, and was rushed to the hospital, but was stable and conscious at the time of the report. Thursday’s announcement stated Kamikaze Boy is recovering well.

MAN WITH A MISSION previously performed themes for Mobile Suit Gundam: Iron-Blooded Orphans, Vinland Saga, the fifth season of My Hero Academia, The Seven Deadly Sins, and the first two seasons of the Log Horizon anime series. They also contributed songs for the Crows Explode, HK/Hentai Kamen, and Judge live-action films. The band is notable for performing in wolf masks, and referring to themselves as wolves.

Sources: MAN WITH A MISSION‘s website, Oricon via Otakomu