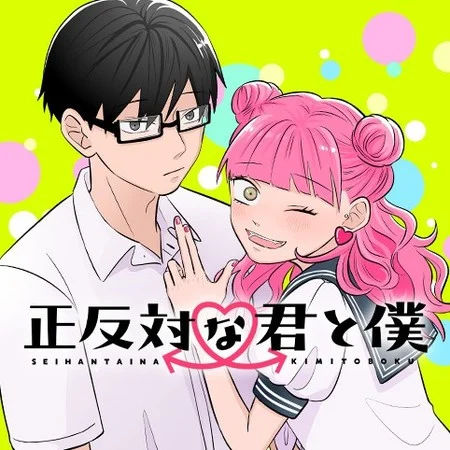 MANGA Plus began publishing Kocha Agasawa’s You and I Are Polar Opposites (Seihantai na Kimi to Boku) manga on Sunday. The first two chapters of the manga are available to read in English and the company will publish the third chapter on June 26.

Suzuki, an energetic girl who can’t help but follow the crowd, finds herself drawn to Tani, a quiet boy who can easily speak his mind. Enter: the serialization of a hit one-shot! A story for anyone who wants to enjoy love! This down-to-earth, relatable rom-com is ready to pull at your heartstrings!