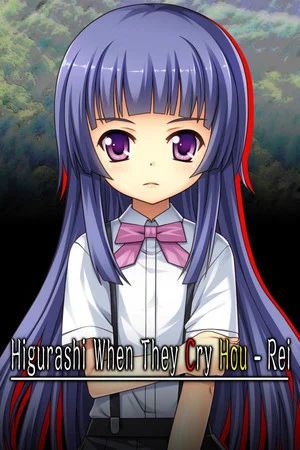 MangaGamer announced on Thursday that it will release the Higurashi When They Cry Hou – Rei sound novel on its website and on Steam on June 2.

The tragedy of Hinamizawa is over.
Those held captive within its grip are free from the fate that bound them to June 1983.
Yet the tale of Hinamizawa is not truly complete.
There are many worlds not yet explored.
Three such worlds await here, but are you prepared to reveal what was left in obscurity?

The five-episode When They Cry – Rei OVA adapting both “Saikoroshi-hen” and “Hirukowashi-hen” released in 2009. The four-episode Higurashi no Naku Koro ni Kira OVA adapted the “Batsukoishi-hen” story in its first episode when it released in in 2011.

MangaGamer has been releasing Higurashi no Naku Koro ni Hou as 14 individual chapters since 2015. The company released the eighth chapter in May 2020.

07th Expansion launched the first chapter of the Higurashi no Naku Koro ni visual novel software in 2002 at Comiket. The story revolves around murders that coincide with an annual festival in a quiet rural village. Ryukishi07 and 07th Expansion released Higurashi: When They Cry Hou for PC in Japan in 2014 as a “thank you” to series fans (the kanji used for Hō is used in the word Hōnō, “dedication”).

Delving into RPG Maker Horror in Translation with vgperson