This year’s 23rd issue of Shueisha‘s Weekly Shonen Jump magazine revealed on Monday that the My Hero Academia anime will get a new two-episode special that will first screen in theaters in Japan in mid-June before streaming online this summer.

One of the episodes will have an original story centering on baseball-loving pro heroes who form Hero League Baseball (HLB). This season the Gang Orca-led Orcas and the Shishido-led Lionels are vying for the top. Both teams are determined to win, and so they call upon the students at U.A. for support. All players are allowed to use their Quirks in the upcoming game.

Shueisha will reveal the details of the second episode at a later date. 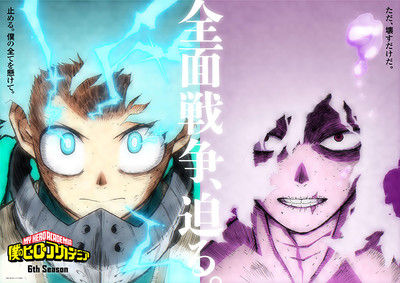 The anime’s sixth season will premiere this fall.

Muse Asia Licenses The Dawn of the Witch Anime