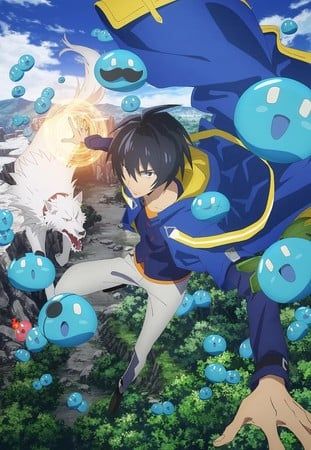 The official Twitter account for the tv anime of Shinkoshoto‘s Tensei Kenja no Isekai Life: Daini no Shokugyō o Ete, Sekai Saikyō ni Narimashita (The Reincarnated Sage’s Alternate World Life: I Got a Second Profession, and Became the Most Powerful within the World) gentle novel sequence revealed on Monday that the anime will premiere in July. The Twitter account additionally introduced that three-member rock band Non Stop Rabbit will carry out the opening theme tune.

The story facilities round Yūji Sano who works at an organization that’s harsh on its workers. After bringing some additional time work again house, he will get a message on his pc: “You have been summoned to an alternate world!” It is a game-like world, full with standing bars and abilities. Yūji tames a slime monster and thus turns into a tamer. Then, he out of the blue attains a second career — sage — and awakens magical powers inside himself. Yūji’s alternate world journey begins when he follows a slime, that seemingly weakest of all monsters.

REVOROOT is animating the mission, and Pony Canyon is producing the music.