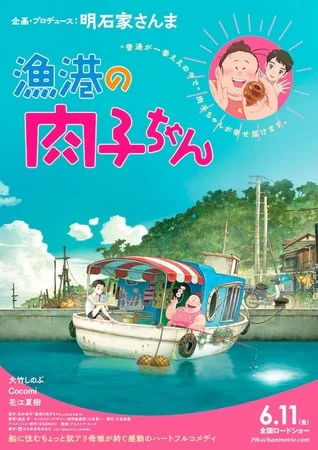 The film won the “Axis: The Satoshi Kon Award for Excellence in Animation” award as a Special Mention at Montreal’s 25th Fantasia International Film Festival in August 2021, and also won the Korean Society of Cartoon and Animation Studies (KOSCAS) President’s Prize in the Special Awards category at the 23rd Bucheon International Animation Festival (BIAF) in October 2021. Additionally, the film won the Scotland Loves Anime Festival’s Jury Award in October 2021.

Gentosha published the original novel in April 2014. The “human drama” novel centers on a mother named Nikuko and her daughter, Kikuko, who live on a boat. The novel follows their paths in life, and their growth. The novels have more than 350,000 copies in print.