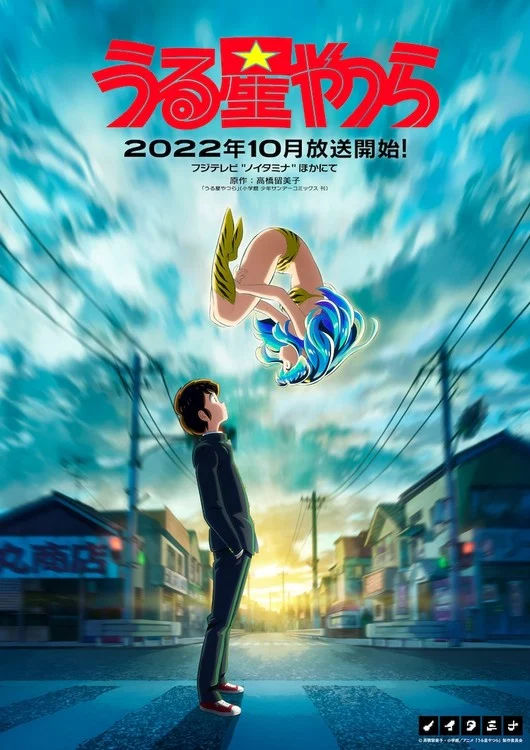 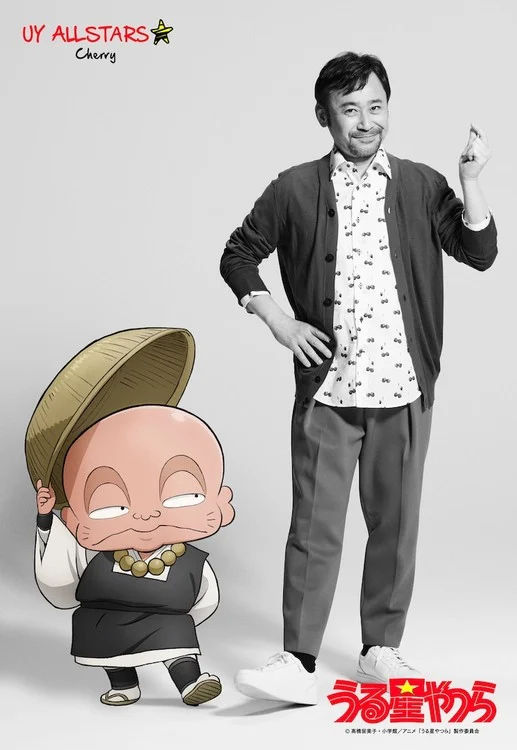 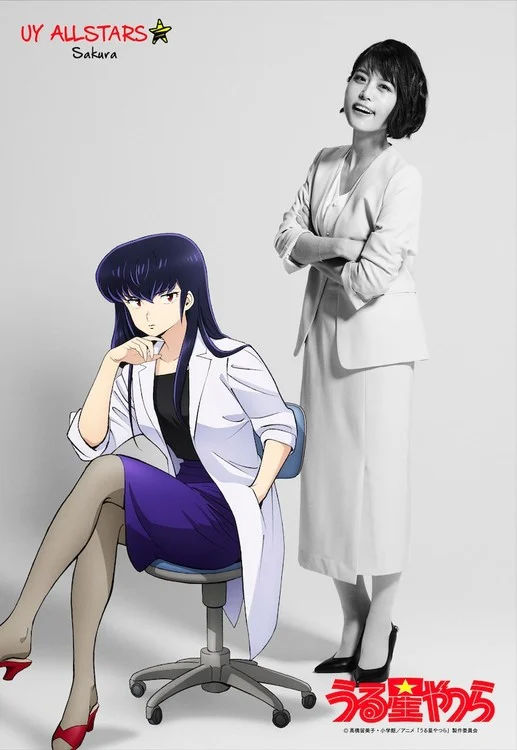 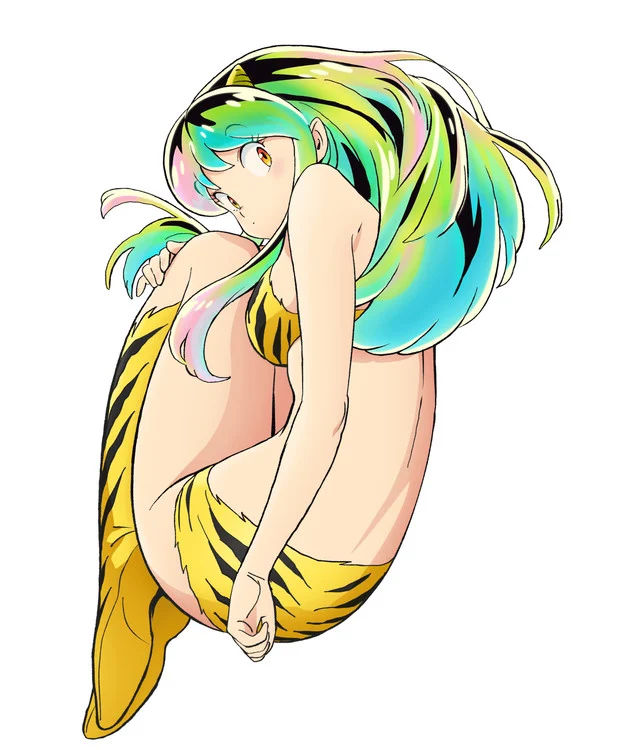 The anime will adapt selected stories from the manga and run for four cours or a full year, although not necessarily consecutively.

Hiroshi Kamiya will voice Ataru Moroboshi (left in the image below), and Sumire Uesaka will voice Lum (right). 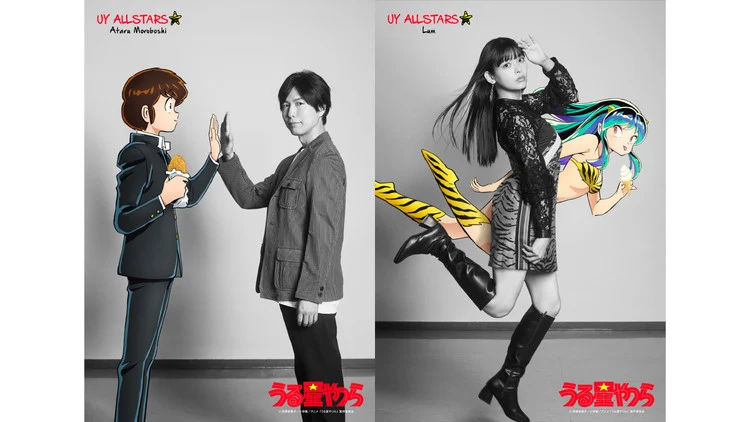 The other cast members include: 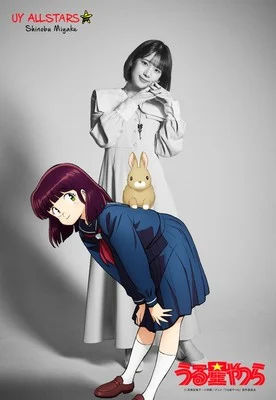 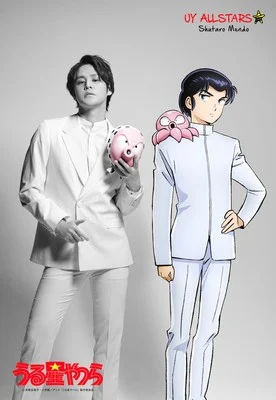 The anime will air in the Noitamina programming block on Fuji TV and other channels to mark the 100th anniversary of the manga’s publisher Shogakukan.

Viz Media began publishing the manga in 2-in-1 omnibus editions in spring 2019 with new translations. Viz describes the series:

Revisit the acclaimed romantic comedy about an unlucky human boy who meets a beautiful space alien princess in this large trim size edition with all-new translations and new cover designs. In the series, Ataru Moroboshi’s supernatural encounters with the feminine kind all start when he’s chosen to play tag with an alien princess named Lum who invades the earth on her UFO. Ataru has ten days to touch Lum’s horns or aliens will take over the earth! As it turns out, the game of tag is only the beginning of Ataru’s troubles, as he continues to attract strange encounters with otherworldly beings like beautiful snow spirit Oyuki and the sexy crow goblin Princess Kurama!

The manga series ran in Shogakukan‘s Weekly Shonen Sunday magazine from 1978 to 1987. Viz Media previously released part of the series in English under the titles Lum and The Return of Lum in the 1990s.

The manga inspired a television anime series that ran from 1981 to 1986, various anime films, and an original video anime (OVA) series. AnimEigo released most of the previous anime on home video except for the Urusei Yatsura: Beautiful Dreamer film which Central Park Media released. After these companies’ licenses expired, Discotek Media has been reissuing the movies.