This 12 months’s fifth problem of Shonengahosha‘s Young King journal revealed on February 14 that Nokuto Koike will launch a quick manga assortment tentatively titled Haskap Sushi Massacre inside the journal’s ninth problem on April 11. The journal teases the manga as a “panic horror” story set in a village with nothing left in it nevertheless fear. 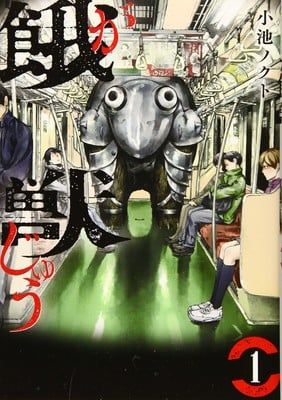 Koike most not too way back ended the Gajū (Hungry Beast) manga (pictured correct) in February 2021. Koike launched the manga in Kodansha‘s Comic Days app in April 2019.

Koike drew a tribute manga for Dreamworks and Paramount’s live-action Ghost inside the Shell film in February 2017.

Koike collaborated as a result of the artist with Ryukishi07 on the Hotaru-Bi no Tomoru Koro ni (When the Firefly Light Burns) manga. The manga is part of the Koro ni assortment and follows a protagonist coming to a depopulated village for a grandmother’s funeral and getting involved in a survival sport. The manga launched in Futabasha‘s Monthly Action journal in March 2016 and led to February 2018.