Ado will collaborate with other performers on the Uta Project. Music videos featuring different illustrators and songs by the collaborating performers will premiere on the following dates: 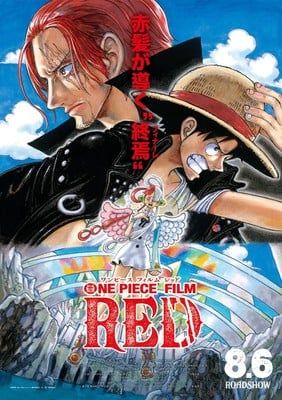 The film will center on a new character named Uta (seen right), Shanks’ daughter. Kaori Nazuka will be the speaking voice of Uta, while Ado will be the character’s singing voice. Ado will also perform the film’s theme song “Shinjidai” (“New Genesis”).

Kenjiro Tsuda will voice the character Gordon in the film.

Oda also designed the “battle wear” characters for the film, which have a theme of “rock x pirates” and feature leather and studs for a Middle Ages armor vibe.

One Piece Stampede, the 14th and most recent film in the franchise, opened in Japan in August 2019, and earned more than 10 billion yen (about US$93 million) at the box office worldwide. Funimation premiered the film in cinemas in the the United States and Canada in October 2019. The film celebrated the anime’s 20th anniversary.