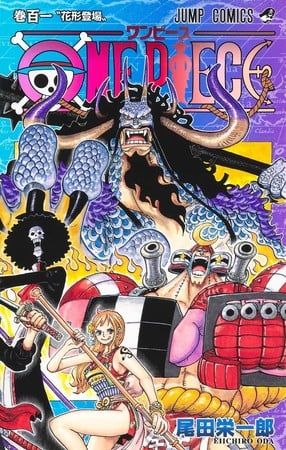 The official Twitter account for Eiichiro Oda‘s One Piece manga revealed on Tuesday that the manga will take a break for one month while Eiichiro Oda prepares for the manga’s 25th anniversary celebrations and for the manga’s “final saga.” The manga will go on break from the 30th issue of Shueisha‘s Weekly Shonen Jump on June 27 until the 33rd issue. The series will return in the 34th issue of the magazine on July 25. Shueisha published the 27th issue of the magazine on Monday, which means the manga still has two more chapters before the break starts.

Oda stated in a comment that several months ago several people warned him that this summer would be very tough due to the One Piece Film Red opening in theaters, the manga’s 25th anniversary in July, his plans to go to Africa to oversee the filming of the live-action Netflix series, and the ending of the Wano Country arc all coinciding. Those people suggested that Oda take a break for about a month in the summer, but at first Oda was against it. But he said he then came around and decided that he needed some time for preparation, and so he is taking a break. Oda added that unfortunately due to the pandemic he is unable to go to Africa.

A livestream event on Wednesday at 7:00 p.m. JST (6:00 a.m. EDT) will reveal the guest cast members for Gordon and Uta in the One Piece Film Red movie, as well as the film’s theme song artist, trailer, information about an “Uta Project,” and a new poster visual drawn by Oda.

Weekly Shonen Jump had teased in August 2020 that One Piece was “headed toward the upcoming final saga.” The manga is currently closing in on the finale of the Wano Country arc.

While he was still in high school, Oda was a runner-up for the Tezuka Award for new creators from Shueisha‘s Weekly Shonen Jump magazine in 1992. He began serializing the One Piece manga in Shueisha‘s Weekly Shonen Jump manga on July 19, 1997. As of July 2021, the manga had 490 million copies in circulation worldwide. The manga won the 41st Japan Cartoonist Awards in 2012, and set a Guinness World Record in 2015 for “the most copies published for the same comic book series by a single author.”