Osamu Tezuka‘s revenge suspense manga Alabaster is getting a stage play musical that will run at the Tokyo Metropolitan Theater from June 25 to July 3 and at the Umeda Arts Theater in Osaka on July 10. 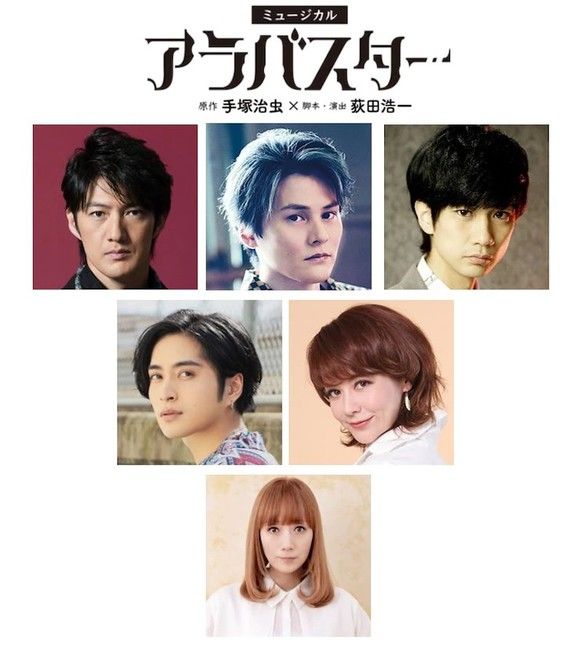 The cast includes (from left to right, starting with top row):

Kо̄ichi Ogita is directing and writing the play. Kensuke Okumura is composing the music. 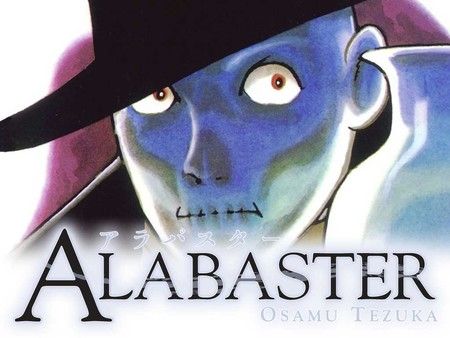 Once a famous athlete, now an infamous villain, James Block seeks revenge against all things “beautiful.” After he’s arrested and convicted for assaulting his girlfriend who insulted his appearance, he meets a mad scientist in prison who tells him of the ‘F Laser’ he invented that can turn any carbon based organism invisible. When James finishes his prison term, he finds the ‘F Laser’ and points it on himself, however the imperfect laser beam leaves him disfigured with only his skin invisible. On a vicious revenge spree, he takes the nom de guerre of Alabaster and is joined by Ami, the granddaughter of the scientist who experimented on his pregnant daughter and left Ami fully invisible. Together they pull off several heists, but Ami’s innocence may cause Alabaster‘s downfall…

“I’m Alabaster…I’m sure you’ve heard what kind of man I am.”
“It is possible for you to understand my pain.”