TV Tokyo revealed a new visual on Friday for the Pokémon – Journeys anime. The visual features the eight trainers and their Pokémon who will battle it out in the Pokémon World Championships tournament. The visual notes that the “climax” of the show is about to begin. 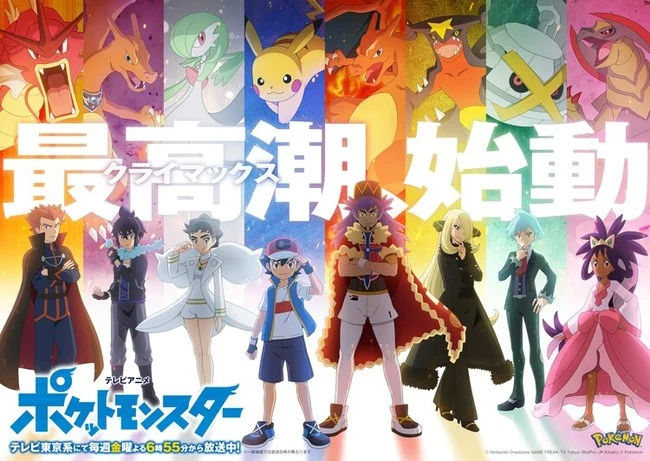 Pokémon Journeys: The Series premiered on TV Tokyo and its affiliates in Japan under the title Pocket Monster in November 2019, two days after the Pokémon Sword and Pokémon Shield games shipped worldwide. The series continues to air in Japan under that name.

The first 12 episodes of Pokémon Journeys: The Series debuted in the United States on Netflix in June 2020, and the service added new episodes quarterly. The anime also premiered on the Canadian television channel Teletoon in May 2020.

Netflix then premiered Pokémon Master Journeys: The Series on September 10, and has been adding new episodes quarterly.