Netflix revealed on Monday that Polygon Pictures is animating “The Very Pulse Of The Machine” segment for the third volume of Love, Death & Robots animated anthology series. Netflix streamed a trailer (segment’s preview begins at 0:32):

Netflix describes “The Very Pulse Of The Machine”:

When an exploratory expedition on the surface of the moon Io ends in disaster, an astronaut must trek to safety dragging the body of her co-pilot while using potentially mind-warping drugs to deal with the pain of her own injuries in this trippy tribute to comic book legend Moebius.

Emily Dean is directing the segment, and Philip Gelatt is writing it based on a short story by Michael Swanwick. 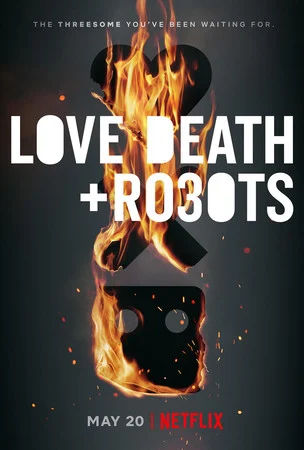 The third season will debut on Netflix on May 20.

The science fiction horror anthology series tells different stories with different staff every episode. Each episode centers on one or more of the show’s three titular elements, and each episode has a different director and writer, as well as a different animation studio (though some return for other episodes). Polygon Pictures is the first Japanese animation studio to participate in the series. Tim Miller, Joshua Donen, David Fincher, and Jennifer Miller produce the series.