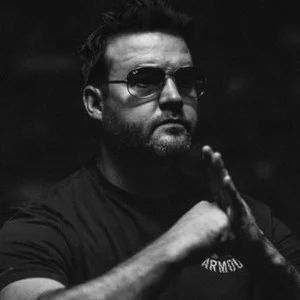 The U.S. Department of Justice’s attorney’s office for the Eastern District of Texas announced on Wednesday that it has charged Mighty Morphin Power Rangers actor Austin St. John (real name Jason Lawrence Geiger) alongside 17 other people on charges of conspiracy to commit wire fraud. The announcement stated all 18 individuals have either been arrested or summoned to appear before a federal judge, but did not specify which defendants have been arrested.

According to the U.S. Department of Justice’s announcement, St. John (47) and the other defendants allegedly defrauded lenders and the Small Business Administration’s (SBA) Paycheck Protection Program (PPP). The individuals allegedly misrepresented information in their applications such as “the true nature of their business, the number of employees, and the amount of payroll.”

The SBA had approved and issued loans to each of the defendants, and the indictment alleges the defendants did not use the money as it was intended. The indictment said the defendants either allegedly used that money on personal purchases, paid the leaders of the scheme, or gave the funds to a third party to invest it in foreign exchange markets.

The U.S. Department of Justice alleges the defendants in total fraudulently obtained at least 16 loans worth US$3.5 million. Each defendant faces a potential sentence of up to 20 years if convicted.

The FBI and the IRS are investigating the case.

As part of the CARES Act enacted in March 2020, the U.S. government was to provide emergency financial assistance to small businesses through forgivable loans through the PPP. The aim was to help out small businesses harshly affected by the COVID-19 pandemic.

St. John’s lawyer said in a statement that St. John has plead not guilty. The Galactic Productions agency posted a statement on St. John’s Twitter account on Friday, which states, “It is our understanding that Austin put his faith, reputation, and finances in the hands of third parties whose goals were self-centered and ultimately manipulated and betrayed his trust. We expect Austin’s legal team to successfully defend against these charges and lead to his ultimate exoneration.”

St. John played the role of Jason Lee Scott / Red Ranger on the original Mighty Morphin Power Rangers television series, which aired in 1993 to 1994. St. John has reprised the role many times throughout various Power Rangers works, most recently the Power Rangers Beast Morphers show in 2020.

Man With a Mission Bassist Kamikaze Boy Goes on Hiatus

Actor Hiroyuki Watanabe Passes Away at 66