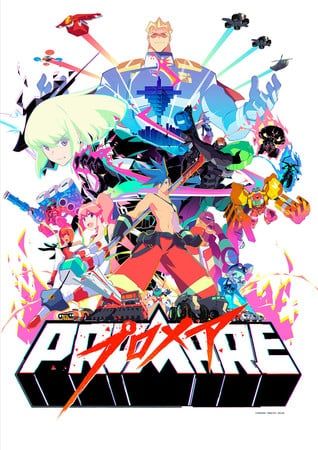 The official website for Trigger and XFLAG‘s Promare anime film revealed on Tuesday that the film will celebrate its third anniversary and having sold 1 million tickets by having a new run in 11 theaters in Japan starting on May 27.

The film will also stream for free on XFLAG‘s YouTube channel during the “Promare 3rd Anniversary Online Party Produced by MIXI” event on May 24 at 6:30 p.m. JST (5:30 a.m. EDT).

Fathom Events and GKIDS screened the film in the U.S. in September 2019. GKIDS then released the film digitally in April 2020 and on home video in May 2020. HBO Max began streaming the film in January 2021.

Director Hiroyuki Imaishi and scriptwriter Kazuki Nakashima teamed up again for the new project at Trigger. Trigger and Nakashima are credited with the original work. Shigeto Koyama was in charge of character design and mechanical design, and Sushio (Kill la Kill) was one of the animation directors and designers. Tomotaka Kubo (Mary and The Witch’s Flower) was the art director, and Saishi Ichiko was in charge of logo design. Hiroyuki Sawano (Attack on Titan, Kill la Kill) composed the music. SANZIGEN Animation Studio handled the 3DCG animation. XFlag is credited with production, and TOHO distributed the film.